In its newest ranking of Canada’s best locations, Site Selection Magazine highlights Ontario as the top province for FDI and names Waterloo as one of its Top 20 Canadian regions.

Site Selection lists Ontario’s red tape reduction efforts and a promise to reduce regulatory requirements facing businesses by another 25% by 2020 as key values for businesses looking to expand into Canada. In its 2019 Red Tape Report Card, the Canadian Federation of Independent Business gave the province an A- grade, which improves upon its C+ standing from 2018. 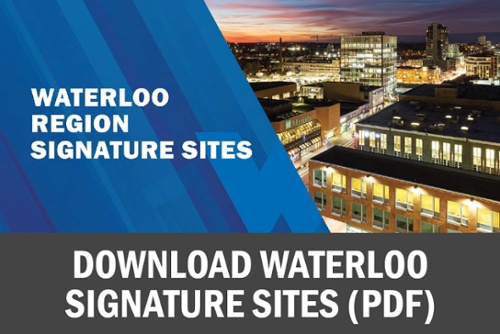 The second and third-place provinces were Alberta and Quebec, respectively.

In addition to ranking Canada’s provinces, Site Selection also created a list of Canada’s Top 20 regions (unranked, presented in alphabetical order), and Waterloo was highlighted. Why?

The magazine highlights Waterloo’s place as one of North America’s fastest growing “opportunity markets” in the recent CBRE 2019 Scoring Tech Talent report as a key reason to invest in our community. Also highlighted:

The report also highlights the importance of the University of Waterloo, home to Canada’s top computer science program and number-two engineering program.

What wasn’t highlighted in the report? The breadth and depth of Waterloo’s tech ecosystem, including globally significant artificial intelligence, autotech, security and quantum clusters, and a business ecosystem that boasts global giants like Google and SAP alongside one of North America’s densest startup communities.