Thanks to the many rankings, records and research-related rewards in November, Waterloo’s business ecosystem is looking merry and bright as we head into the holiday season.

This month, it was institutions like the University of Waterloo, Conestoga College and Perimeter Institute, alongside tech companies like Faire and Uvaro, driving the news cycle – locally, nationally and internationally.

Here are the top stories from November 2021:

Canada’s most dynamic tech ecosystem is once again home to some of the fastest growing tech companies in the country. This month, five Waterloo companies made the 2021 Deloitte Technology Fast 50 list for 2021, which ranks Canadian tech companies by revenue growth percentage over their last four years of operation.

UWaterloo is the top Canadian school for entrepreneurs

Which university is producing the most successful entrepreneurs in Canada? Once again, the University of Waterloo has earned this impressive accolade. On Pitchbook’s 2021 Top Schools for Founders list, an annual report that ranks undergraduate and MBA programs by the number of venture capital-backed founders among their alumni, UWaterloo scored #1 in Canada and #22 in the world. This feat comes on the heels of UWaterloo’s ranking as Canada’s Most Innovative University in Maclean’s 2021 University Rankings.

In its latest funding round, Faire secured $400 million, bringing the company’s total valuation to $12.4 billion. The round brings the local online retail innovator’s total raise over the last 13 months to $830 million. The new capital will help Faire expand its team with new hires, grow its unique supply of global brands and introduce itself into new markets and economies around the world. Currently, Faire serves 300,000 retailers across North America and Europe and 40,000 brands from 80+ countries.

With an investment of $800,000 by the provincial government, Conestoga College is launching a new research program that will build capacity among current and future skilled trades workers, while optimizing skills trade jobs and work environments. The program aims to address increased demands for skilled workers and changing workforce demographics.

Nine UWaterloo researchers among the most cited in the world

Waterloo’s vaunted business community is supported and strengthened by our stellar research ecosystem, which is home to nine of the most cited researchers in the world. The list is published annually by Clarivate and identifies researchers whose names are featured prominently in the company’s global citation index. 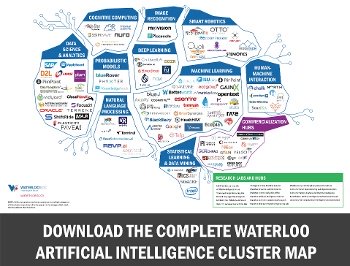 Perimeter Institute, the world’s largest independent theoretical physics research hub, will receive $24 million in funding from the provincial government to further its exploration of foundational theoretical physics. The funding will make a big impact in our quantum ecosystem – known as ‘Quantum Valley’ – and further cement our place as a world leader in quantum technologies.

In 2021, Waterloo EDC had its most successful year ever, breaking countless records along the way. This year, we closed 16 new investments valued at $363 million and created nearly 700 jobs in our community. If you want to learn more about our work to attract investment to Waterloo, click here.

Wondering how Waterloo EDC can help you locate, relocate or expand to Waterloo? Visit our website or contact us.