Alexander Wong, co-founder of DarwinAI, wants to “democratize” artificial intelligence, so that many more companies and businesses can take advantage of it.

The company is a spinoff from research at the University of Waterloo, where Wong is an Associate Professor in Systems Design Engineering and a Canada Research Chair working in the field of artificial intelligence (AI). He and his collaborators wanted to help industry partners who struggled with the complexity of building compact, efficient and explainable AI solutions that can be used in a wide variety of applications.

The result was the “Generative Synthesis” (GenSynth) technology that forms the basis of DarwinAI products and is inspired by the concept of human-machine collaborative design. It allows the developers, collaborating with AI itself, to create better and more efficient AI in a much shorter design cycle as well as make these artificial “neural networks” explainable.

Most of today’s AI applications (such as Apple’s Siri or Amazon’s Alexa) require massive computing resources in huge data centres. That limits the growth of AI because it can be impractical and costly to deploy new solutions. There are also privacy concerns, in medical AI applications for example, when sending data off-site.

The company’s GenSynth platform helps developers “generate compact yet powerful AI that sits completely on board, so that data can be processed in real-time on a device,” Wong says.

It is being used in combination with today’s much more powerful AI acceleration chips for mobile devices and edge computing devices that will process data closer to where it is being generated by Internet-of-Things sensors. “We are moving from the realm of needing high-end computing to having AI running on a small mobile chip,” Wong says.

That opens up possibilities for many new applications, Wong says.

Already, the DarwinAI technology is being used by AI developers in electronics, aerospace, transportation, manufacturing, automotive and finance industries. It can also find uses in AI applications for agriculture, construction and many other sectors where it makes sense to have compact AI applications running on mobile and edge devices.

The company’s technology also tackles what is known as the AI “black box” problem that has also limited the growth of AI applications.

The black box problem stems from the fact that much of today’s AI typically uses a machine learning approach of having the software learn from the massive amount of data fed into the system. Essentially, the software is writing itself rather than a programmer providing step-by-step instructions.

That makes the technology powerful, but it comes at a price. Not even the creators can really explain the decision-making process inside that black box.

This lack of transparency creates problems for quality control and safety. If the AI in a self-driving car makes a mistake, for example, it is important to discern why it is making that mistake. It makes regulatory compliance in fields such as finance difficult. An AI application might also have inherent biases, so knowing how it arrived at  its decisions is important in mitigating against those biases.

“We have built an AI that opens up that black box,” Wong says. “This is especially important to many industries with strong regulations.”

DarwinAI emerged from stealth mode in 2018 with $3 million in seed funding and is now a growing enterprise employing 25+ people.

It quickly made a noticeable splash with several awards, including making the insideBIGDATA IMPACT 50 list of the important movers and shakers in the big data industry in the first quarter of 2019. “It shows that the industry is really recognizing and understanding the power of what we are doing,” Wong says.

Wong has been in Waterloo for over two decades, ever since he began his undergraduate degree at the University of Waterloo, and he stayed because he liked the innovative nature of the community with its entrepreneurial talent and energy. 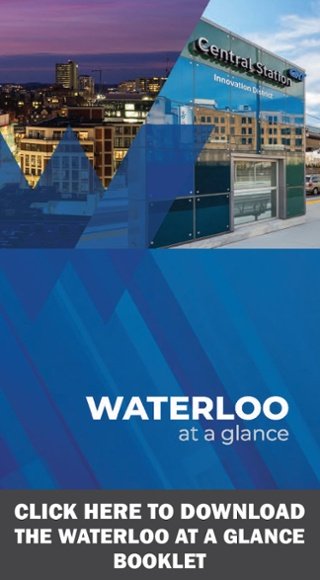 It is a perfect location for a company like DarwinAI, he says. “One of the key things is having access to the talent from the University of Waterloo. We train some of the best engineers in computer sciences in the world and we  have some of the best researchers in the field who can really help accelerate innovation in a company,” Wong says.

There are also numerous other technology companies all along the Toronto-Waterloo Corridor creating an excitement for innovation, he adds. “When you are in an area where there is lots of innovation going on, you become very motivated to push the technology forward.”

DarwinAI’s client list is growing and the company is now scaling up.

“There are a lot of different industry verticals that we can really help support. We are also making additional technological advances, both in terms of explainable AI and in the area of human-machine collaborative design assisted by AI,” Wong says. “We are building up the technology and having additional talent join us to work more closely with different clients so that we can meet their needs.”

The company has also made use of the resources and connections provided through Waterloo EDC. “One of the areas where Waterloo EDC really helps is in making the right connections. When you are a startup trying to build client relationships, the [Waterloo] EDC helps facilitate those interactions. Being introduced to the right people at the right time can really help a business grow,” Wong says.

Do you want more information about Waterloo’s artificial intelligence ecosystem? Contact us – our team is happy to help!